It was a long time coming, but finally my patience in backing Wink on Kickstarter has paid off, and the robots are here and raring to go!

Wink is small, Arduino powered, full of sensors and very, very quick. Produced by PlumGeek in Oregon in the US, it has been designed to be programmed with the standard Arduino Integrated Development Environment (IDE), rather than being dressed up with a special app and its own dialect of, say, Scratch. It has been designed from the ground up as an educational robot. It is packed full of sensors, including ambient light sensors, edge detection and line detection sensors. It can also sense barriers, as can be seen in the slide show above. Wink comes pre-programmed with 3 distinct behaviours – a funky disco dance, that looks really cool when there is a bunch of them doing it, light seeking and barrier avoidance. The light seeking behaviour can be especially funny, as if it gets too bright Wink’s eyes turn from blue to red and his motors move so fast they scream! Also, barrier avoidance gets interesting when there are several robots on the same piece of floor or tray.

Programming Wink needs a computer – PC or Mac – with the Arduino environment installed. I’m testing a possible way to write programs on an iPad but this still needs a computer to download them to the robot, but I’m not sure yet how this might work in a classroom environment where the number of iPads exceeds the number of computers. Nevertheless, I’m highly recommending Wink for school robotics workshops. 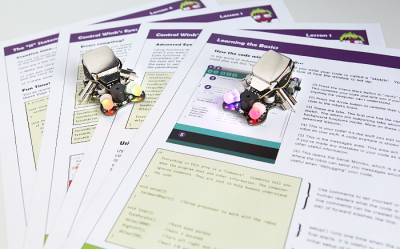 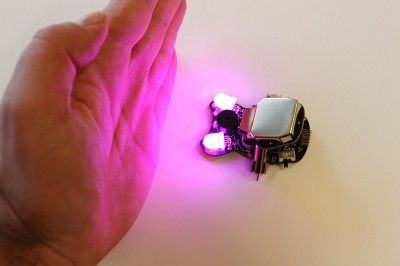 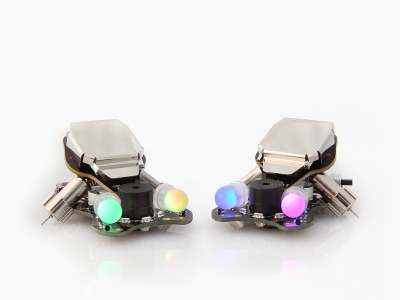 Wink's eyes are individually programmable, so they can display different colours at the same time. 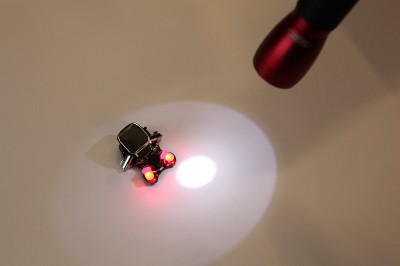 Wink is able to detect light sources and whizz towards or away from them, depending on his programming. 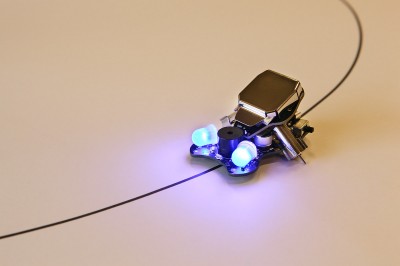 For a small robot, Wink is very good, and very fast at following lines 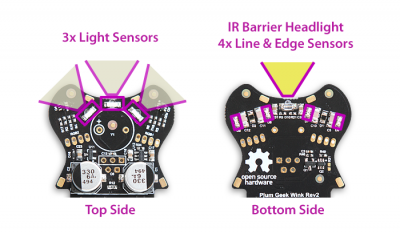 Here are all the sensors that Wink has. Power packed, or what?

General Presentations on Robotics to year groups are available for FREE.

Some of the presentations we can deliver are: "Programming a Virtual Robot with CoSpace"; "An Introduction to robots and how they can be programmed"; "Robotics in the Real World"; "The Story of Robotic Space Exploration"

Robotics Themed Parties start from only £40.00 for a 60 minute Scout package for 4 children

The Scout package includes the use of Cubelets, Ozobots, Edison, Vortex and MiP robots. Plus there will be a surprise guest!.

Our Explorer package includes everything in the Scout package, with the addition of Jade, Sphero, Ollie, Wink and pre-built Vex IQ and Mindstorms robots.

The Adventurer package includes the whole RobotFun collection. This is most suitable for larger groups and older children, or those who are interested in robot construction as well as programming. To allow time for construction and programming, Adventurer parties last from 120 to 180 minutes.

At every party we'll introduce each of the robots in turn and demonstrate their capabilities.

We'll throw in some fun facts about robots, suggest a few activities and then it is RobotFun time!